Priestly Formation to End at Wonersh 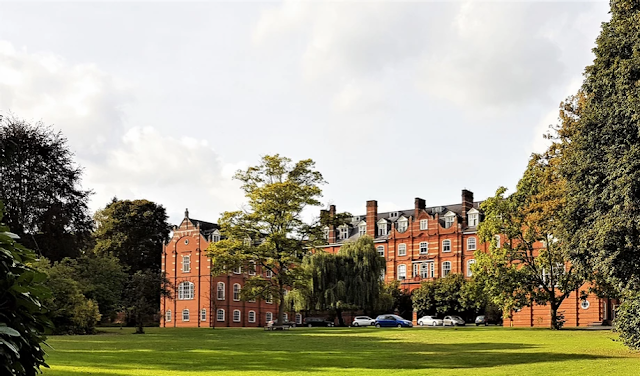 Wonersh, a seminary since 1891 is to close. This is the legacy of the Bishops of England & Wales.
The Trustees of St John's Seminary, Wonersh, in Guildford, Surrey, issued the following statement on Friday. You can read it for yourself on their website here.

Following extensive consideration and discernment, especially over the past year, including communication with the Congregation for the Clergy in Rome, the Trustees have regretfully come to the decision that St John's Seminary cannot continue in its present form. The current and projected number of seminarians is too small to sustain a healthy formation community, and the building and staffing costs have simply become prohibitive.

We are reminded 'that the Seminary, more than a building, is a community of formation' (Ratio Fundamentalis Institutionis Sacerdotalis 188) and the Trustees, Rector & Formation Staff, are aware of their responsibility to provide the best formation possible for those preparing for the priesthood at Wonersh.

There was no new intake this September, and the seminarian body currently numbers 17, from the Dioceses of Southwark, Arundel & Brighton, Clifton and Portsmouth. With six due to complete their formation in the summer, the September 2021 seminarian body will be 11 in number, and five of these, please God, will be deacons in their final year.

With the agreement of their Bishops, arrangements have been made for the 11 seminarians to join the Seminary community at Allen Hall - Chelsea from September 2021. A number of the Wonersh seminarians are already attending lectures once a week with those from Allen Hall at the Pontifical Mater Ecclesiae College at St Mary's University - Twickenham.

The re-location of Wonersh seminarians to Allen Hall means that their formation will be uninterrupted while the Trustees continue to explore formation for the priesthood in a wider context in England & Wales.

While it is proposed to consider all options for the future use of the St John's Seminary buildings, St John's Seminary will remain a legal entity so that consideration can be given to the ways in which the tradition of priestly formation established at Wonersh in 1891 will continue into the future.

St John's Seminary has a proud tradition of serving the Church for 130 years. There is great sadness that formation must now cease on this site. The Trustees are extremely grateful to Rectors, Staff, and Seminarians, past and present, and to all those who have supported the Seminary over the years. We give thanks to Almighty God for all that has been achieved and received. We seek to promote vocations to the priesthood, and we commit ourselves to providing priestly formation that will serve the people of our Dioceses and parishes into the future

Most Rev John Wilson
Archbishop of Southwark
Chair of Trustees

Rt Rev Richard Moth
Bishop of Arundel & Brighton
Vice-Chair of Trustees
My old friend and mentor Canon John Redford would be very sad at this news. Men have been formed for the priesthood at Wonersh since 1891. (The Seminary had previously been at Henfield in Sussex from 1889.) Canon John studied at Wonersh in the sixties and in 1973 joined the seminary staff full time and became Head of Biblical Studies, also having responsibility for the seminary schola during this time.
This move has been on the cards for a number of years, a merger with Allen Hall nearly happened around 2005 but a decision was made to try to preserve the distinct institutions. Prudent use of limited resources means this is the right decision, but further evidence that the game for the hierarchy is managing the decline instead of going out to the ends of the earth. They seem completely devoid of the wit to engage with the culture in any way other than being completely subservient to it, with the notable exception of Bishop Mark Davies of Shrewsbury.
Wonersh follows Ushaw, founded in 1808 by scholars from the English College, Douai, who had fled France after the French Revolution. Ushaw College was affiliated with Durham University from 1968 and was the principal Roman Catholic seminary for the training of Catholic priests in the north of England until it closed as a seminary in 2011 due to the shortage of vocations.

I have already witnessed how distressing this news is for former students. Please pray them & the seminarians.