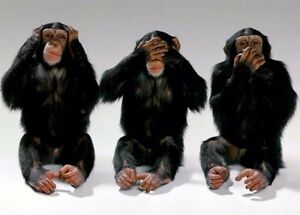 The progressives recognise what is going on but not why it is going on. In that peculiar way they do, they seem happy to blame a lack of vocations on God: God is not calling men and women to the religious life as He once did.

In France, Bordeaux is the second seminary this year to announce its closure, following the announcement that the Lille seminary will also close from the beginning of the 2019 academic year for lack of new entries — officially on a provisional basis.

"It is a concern," Father Gardair said. "It amounts to a 'degrowth' of the Church that hits us right between the eyes. We need to be serenely pessimistic while continuing to live in hope."

"Degrowth"? Hmmmm. Interestingly something like 20% of French ordinations are Traditionals, and I believe that figure doesn't include SSPX ordinations. Over 60% of Dioceses didn't have ANY last year. Still it appears the penny has not dropped in very many places.

It really is a systematic collapse, very depressing to see and too late to reverse in our lifetimes. The Q is whether the green shoots of renewal will be fostered & supported, or whether the ageing modernist ideologues will burn it to the ground rather than accept responsibility.
— Stat Crux (@Stat_Crux_) May 22, 2019

So many faithful Catholics have pretty much abandoned any faith they ever had in the CBEW. Anecdotally I would say many are awaiting the burning down, and stand ready to pitch in with the rebuilding once the men with the money and power and wrong ideas have been cleaned out of the way with their cliques and their sterile ideas of "inclusivity", "lived experience" and "journeying with". All the evidence shows that the narrative of ever declining vocations is not the only narrative. The evidence is (here and elsewhere) that orthodoxy leads to vocations. It seems to be a choice between orthodoxy or closing Churches.

Carina Murphy for the Tablet reports that, although the statistics for men entering religious life are encouraging “the number of men entering the dioceses is disappointing”.

The Tablet report goes on to say Fr Christopher Jamison, the Director of the National Office for Vocation said although the statistics for men entering religious life are encouraging and have continued to recover “the number of men entering the dioceses is disappointing.”

“There is no silver bullet here,” he added. Fr Jamieson stressed the importance of local initiatives and said that the Vocation Office is hoping to develop the idea of parish weeks, which will consider and celebrate vocations in a broader context.