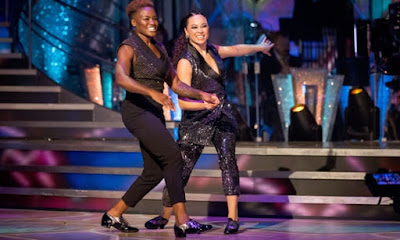 I wanted to start a discussion about this, hopefully it will help my own understanding.
As a Catholic, I believe that God loves everyone He has created in His image and likeness with the dignity of the imago Dei.
Sex is something good, but something that can be dangerous and destructive when misused - like fire, or hurt us, like our appetite for food.
Sex's purpose is procreation, but in the context of a loving marriage, a structure which exists to sanctify and enshrine the responsibilities of being a parent. Within this context, sexual intimacy also has an important unitive dimension. This duality is inseparable (you can't have one without the other). Church teaching is clear about this but so is Jesus.
Because this is what I believe, I feel frustrated with the BBC pushing a social agenda on prime time tv that seeks to normalise a morality which contradicts the long held teaching of society. A same-sex pairing which breaks a norm and thus may or may not lead my children to question what's going on and lead me to have to have conversations about subjects I would rather have when they are ready for them: i.e. when the ask about them unprompted. BUT - the reality of homosexuality being normalised is now so prevalent in society that our children are going to encounter it literally everywhere - I paid a cheque in at Santander this week and the cash point promptly proclaimed it supported GAY PRIDE.
Perhaps the worst part is that there is no counter-narrative at all. Anywhere. Catholic schools have completely sold out. The secondaries have to wear rainbow laces for football and the primaries have Stonewall training days about inclusion. Brentwood Youth Service is pretty much a gay indoctrination cult. The bishops are almost silent only prepared to act to condone the LGBTQI agenda. The priests follow suit. In short, despite Church teaching saying one thing - the Church at large seems to be saying something completely different. And this dichotomy is part of the hypocrisy which only serves to make the Church appear increasingly less relevant and important - especially to young people.
Given this is our present reality, Catholics who believe in Catholic teaching are an ever decreasing minority and given the silence of shepherds, an ever more marginalised one - looked at by fellow Catholics as backward or extremists. As we become increasingly isolated in terms of authoritative back-up from our ordained pastors, many even piling on the pressure for a change in Church teaching, quo vadis?
Do we simply cling to doctrine and wait for the next papal bombshell?

As parents, how do we teach our children about this issue so much at the forefront of growing up in today's society? Do we protect them from it?
My own approach throughout my life has been to treat people an ideas separately. I can be your friend no matter what you think, how you act, or what you believe in. I try (often fail) to model Christ's love to others in a completely non-judgemental way. I will tell you what I think if you ask and why I think it. In my life, my focus is to be Christ's disciple and to put Jesus at the centre of my life and the proclamation of that central focus must come from living my life in contact with other people, among other people, with other people, and not in opposition to them or their deeply held beliefs and feelings but in a way that encourages them and holds up their fundamental dignity. In a way that causes them to question the root of the pain they feel in their hearts and perhaps recognise the answer is God.