In this episode we share some reflections about Cardinal Pell's extraordinary contribution to the Church, his courage and stoic faith. This is especially boosted by a conversation Gavin recently had with Vatican Journalist Edward Pentin. You can listen to the whole thing here .  Please do like and subscribe to our channel for more Catholic chat.
Post a Comment
Read more

A Farewell to Cardinal George Pell 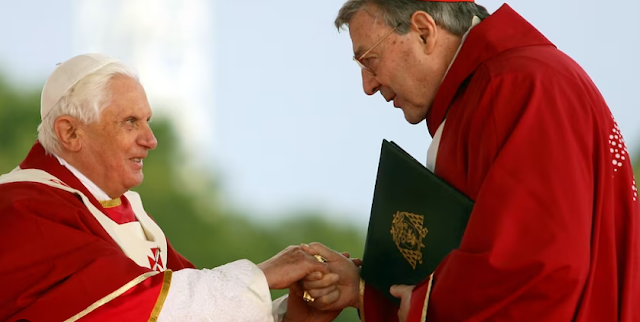 What a terribly sad start to 2023 it has been with the death of Pope Benedict XVI swiftly followed by the sad news last night that George Cardinal Pell had died as a result of complications after a hip replacement. He was 81. Pell is one of only two cardinals I have met so far in my life and the only one I have had the honour of sharing a pint of beer or two with. Compared with a lot of the people I have encountered in similar situations; Pell was incredibly normal and relaxed. He was every inch a priest but struck me as someone who was honest and straightforward, deeply committed to his faith and comfortable and competent defending it. He exuded confidence, the kind of quiet confidence that comes from Christ. His eyes sparkled with intelligence and interest, he was engaging and articulate and I wanted to be on his side. On the occasion of our meeting, back in 2014, Cardinal Pell provided an excellent example of the principle perhaps best embodied in the Pontificate of Benedict XVI:
Post a Comment
Read more

Catholics & Protestants Should Be Leading People To Jesus

This is a great discussion from Trent Horn who puts together a really good argument which could be a better explanation of Pope Francis' condemnation of "proselytising". Because the pope's explanation is virtually impossible to understand if you ask me: "These so-called “evangelicals” preach prosperity. They promise a Gospel that does not know poverty, but simply seeks to make proselytes. This is exactly what Jesus condemns in the Pharisees of his time. I’ve said it many times: proselytism is not Christian." By contrast, Trent uses the idea from CS Lewis that an Atheist will get more from a well written science book written by a Christian  than a book by the same person on Christian apologetics which they will dismiss without reading. Developing the theme further, he explains how we need to build a bridge of love in order for the truth to heard. If we are all focused on love and therefore knowing and loving Jesus and sharing our love of Him and what we know
Post a Comment
Read more 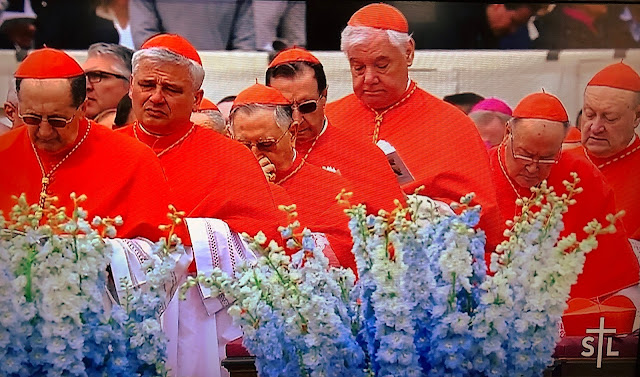 From Rorate Caeli : The following article by Domenico Agasso appeared in La Stampa on January 7, 2023. ( link ) VATICAN CITY. "Pope Francis' clampdown on the Latin Mass was an imprudence. I suggest to the Pontiff that he be more attentive to all sensibilities within the Church, even those furthest from his own." And he warns of a possible schism on the left in Germany, sounding a sharp "no" to the blessing of gay couples: "It is against the word of God." German Cardinal Gerhard Ludwig Müller, 75, was a student of Benedict XVI and his successor at the head of the Congregation for the Doctrine of the Faith. Bergoglio created him a cardinal in 2014, but then in 2017 did not renew his mandate as prefect. The cardinal reflects on the future of the Church after celebrating Mass for the Epiphany. He argues that "we are not a political or merely human organization, but a creation of Jesus Christ" with the task of "working for the eternal salvat
Post a Comment
Read more

How Pope Benedict XVI Called us to be Disciples

As I recently stated on Catholic Unscripted , I truly believe that Pope Benedict XVI made an immeasurable contribution to the world. It is a legacy that will not end with his death but will stretch far into the future. I believe we will be studying his works in hundreds of years time, just as we study Augustine, Aquinas, Teresa of Avila and Anthony of Padua today. His contribution has formed the Church we have today and his theological reflection was equalled by his encouragement of the ways in which lay Catholics can be present in culture and politics, by prioritising Christian witness and the contribution of ideas to the secular debate without fear or compromise. Pope Benedict XVI knew how to reduce the great mysteries of life and faith to their most comprehensible form which was demonstrative of his thorough understanding of them. He proposed an intelligent, reasonable and comprehensible Christianity and avoided moralism. He understood the importance of the reality that faith takes
Post a Comment
Read more 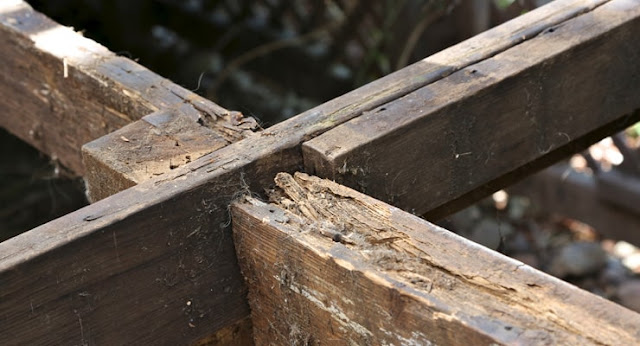 This is an article written by Roderick Blyth on 15 September 2010 and constitutes what he describes as a damascene moment for him. It is particularly pertinent today I think because it demonstrates where, precisely, the rot has set in and in doing so demonstrates that Pope Benedict XVI knew where it was and had a strategy to deal with it (through the catechism and his beautiful exposition of Jesus, for example).   ''On 9 September 2010 a BBC journalist called Mark Dowd presented an interesting survey of the different voices within the Catholic Church in Britain. In a passage dealing with the attitudes of the young, Mr.Dowd visited St.Benedict's Catholic School in Derby, and questioned two teenage students, shortly to form part of a delegation of young people who were to met the Pope, and then Father Joe Wheat, the Director of Youth Services in the Nottinghamshire Diocese.   'Here is the text of the interviews copied down as accurately as I could record them: 'Dowd:
1 comment
Read more 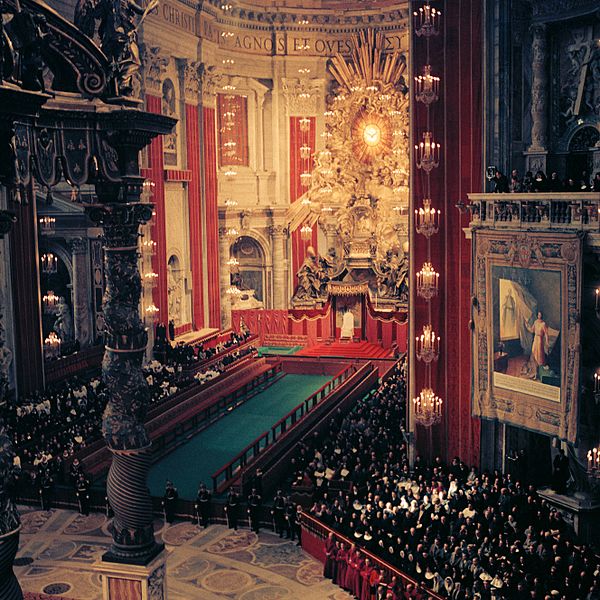 “A Catholic priest comments” I have received an email from a Catholic priest who asked if I would post the following message:   In the comments I noticed the following from Andy.   Dear Mark, I found your site after following Gavin Ashenden and his pilgrimage for a couple of years. I love Catholic unscripted and the writings of all three of you. I’m not a Catholic, I am a Christian. A member of an “Ecclesial Community” as Gavin put it in episode 14 ( quoting Benedict, I believe).  Anyhow, thanks so much for your writings and I pray you continue to contend for the faith…. Regards, Andy   Presumably when Andy describes himself as a member of an “Ecclesial Community”, he is referring to  Dominus Iesus  the Declaration of the CDF issued on 6 August 2000 by Cardinal Ratzinger: Dominus Iesus  paragraph 17 states:   On the other hand,  the ecclesial communities which have not preserved the valid Episcopate and the genuine and integral substance of the Eucharistic mystery, 61  are not Church
Post a Comment
Read more
More posts