Showing posts from August, 2020
Show All

Given the poisonous atmosphere in the Catholic Church at the moment and the division and confusion I feel is a direct result of the current occupant of the Throne of Peter, I have found myself increasingly returning to Sacred Scripture, which is a great love of mine. It makes me wonder why I don't see more clergy addressing basic questions about the faith in the public sphere.  The New Atheism we are experiencing today has a tendency to ridicule Christian beliefs. It portrays them as ridiculous and meaningless, but they objectively are not and one does not need to rely purely on faith in order to demonstrate that is the case. My 8 year old daughter asked me this week why Jesus asks us to eat Him in Holy Communion. What a great question. How many of us can answer it? Why did Jesus have to die? Why did God create Hell? Why does God allow suffering? These are all completely reasonable questions people have and explaining them constitutes the real business of Christian proclamation.
Post a Comment
Read more

An Appeal For Unity

"Now I appeal to you, brothers and sisters, by the name of our Lord Jesus Christ, that all of you be in agreement and that there be no divisions among you, but that you be united in the same mind and the same purpose." ~ 1 Cor 1:10 Some valuable commentary on "Tranditionalism" & Sedevacantivism: "God will never ask us 'Why didn't you leave the Catholic Church and start your own Church?'"
Post a Comment
Read more

GAY MAFIA BISHOPS — once upon a time in the not too distant past I wouldn't have believed such a thing was possible. It sounds like a headline made up by a fantasist. The following information is corroborated here by four different reputable news sources, so I'd love to hear your excuse if you think this is fantasy! I would have a lot more confidence in Bishop Robert Barron's defence of Vatican II and the Pope if he spoke out about some of the real problems we are facing in the Church today. Case in point: Michael Bransfield the former bishop of Wheeling-Charleston.  Over thirteen years, Bransfield is reported to have sexually harassed, assaulted, and coerced seminarians, priests, and other adults. He also spent thousands of dollars on jewellery and other clothing, including spending more than $60,000 of diocesan money at a boutique jeweler in Washington, D.C. during his time in office. He also spent nearly $1 million on private jets and over $660,000 on airfare and hote
1 comment
Read more

In the video at the foot of this post, Bishop Robert Barron mounts a spirited & intelligent defence of Vatican II and Pope Francis. I suppose the fact that he feels the need to do so says something in and of itself. That said, and irrespective of numerous criticisms levelled at Bishop Barron which I will not go into here, I find him a brilliant communicator and a real son of the Church who I love, admire and respect. He is an intellectual in a field where that has sadly become a rare thing and he stands out because of that fact.  His love of Jesus and the Church comes across beautifully in his orations and is communicated in his work with Word on Fire in a way which has brought many to the faith. I have relied personally on many of his videos as tools for catechesis in Apologetics, RCIA and in youth ministry. He has a knack for explaining the practical, logical reality of the Catholic faith and also its beauty and mysticism in a really accessible way. In short, I know there are pr
1 comment
Read more

Archbishop Cordileone is someone I have had the privilege of meeting . He is on the side of the angels I believe. In this interview with Raymond Arroyo he speaks well about the challenging circumstances we face in the Church today with regard to public health restrictions, and explains the innovative work arounds he is introducing to ensure his people have access to the Sacraments: If you are shocked by the news headlines before the interview here, you can read more about the shocking Bishop Bransfield story here .
Post a Comment
Read more

Following the wonderful feast of the Assumption this weekend, I thought I would share this video where Matthew Leonard and Dr. Brant Pitre delve into some amazing insights into Catholic theology about Mary, focusing particularly on the Old Testament. This will absolutely transform your view of the Blessed Virgin Mary. He also reveals where the Ark of the Covenant is (hint: Spielberg was wrong in Raiders). Also quite a lot of hysterical laughter!
Post a Comment
Read more

Can Vatican II be Erased? 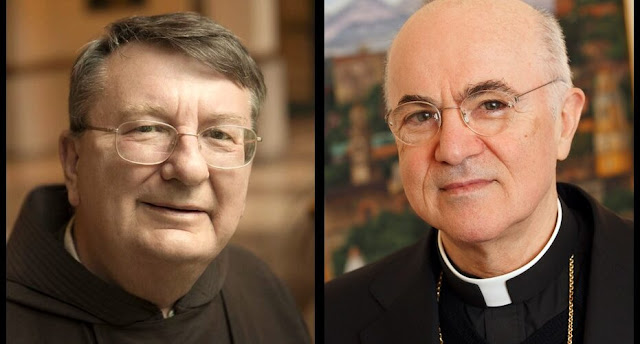 There have been some interesting developments in the discussion on Vatican II  over the last few days. Father Weinandy's latest response, posted in Catholic World Report here , takes a more personal turn - which I find more than a little disappointing. He does, however make some important points about Vatican II: Vatican II is not, to use the archbishop’s term, a “container-council” into which false doctrine was poured. What counts is what the Council taught, though one has to take into account, as the Council itself did, of the magisterial authority of each of it documents. As Dogmatic Constitutions, Lumen Gentium and Dei Verbum have much greater magisterial authority than those documents that are titled Decrees and Declarations. Even worse, because the archbishop sees Vatican II as a “container-council” into which heretical elements were smuggled, he designates it “a devil council.” If such was and still is the case, then we would have to admit that Ecumenical Councils do not
5 comments
Read more

Why does the Directory for Catechesis Matter Today? - With Dr Petroc Willey 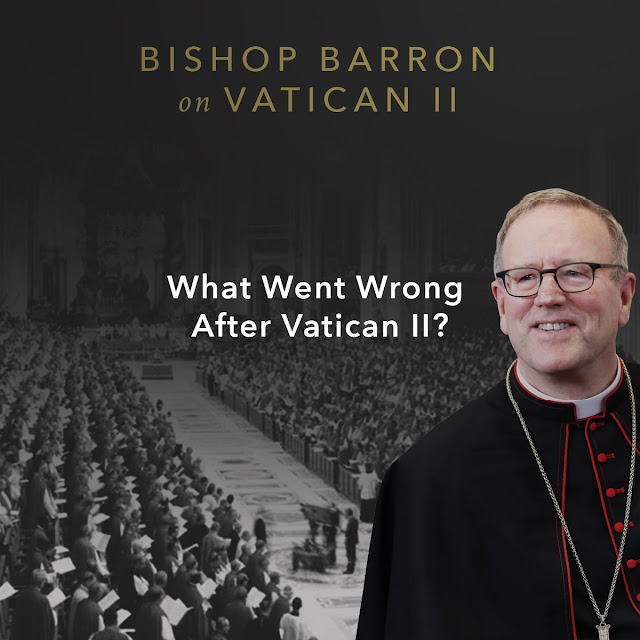 There's a bit of a public battle raging at the moment within the public Church about Vatican II. Whatever side of the discussion you are on, it seems clear that the Second Vatican Council did not achieve what it set out to achieve. The confusion is not surprising at all and it seems to me to be a direct result of this papacy. Pope Francis tenure in the Holy See is marked by confusion and obfuscation , verbose, wordy documents that most people won't read and that baffle those of us who do bother to read them, a quagmire of corruption &  cover-up , strange pronouncements & accords , loaded synods . Recently I have seen numerous comments which recall the virtual Catholic world under Pope Benedict XVI - a world full of unity and hope where excited bloggers proliferated, engaging in a profusion of catechetical discussions and explanations, revelling in confidence at the splendour and rigour of Catholic doctrine. Today this is but a memory. There's constant sniping on-
Post a Comment
Read more
More posts