Showing posts from December, 2013
Show All 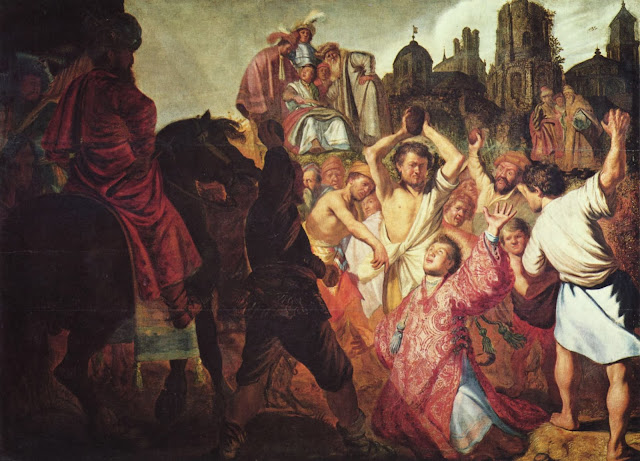 The Martyrdom of Saint Stephen (1625), Rembrandt can Rijn (1606-1669), Museum of Fine Arts, Lyon. We had a beautiful Mass at Our Lady of Lourdes & St. Joseph yesterday in Leigh-on-Sea. The story of the pro to-martyr St. Stephen is one I find very moving. We read in Acts that it comes about as a result of the witness he is living every day, the powerful love he displays, and the fact that he performs "great wonders and signs among the people." (Acts 6:8). He is killed in an act of mob violence because his interlocutors could not deny the truth and wisdom he proclaimed, so they silenced him by stoning him. The evangelist deliberately portrays these events in a way that reminds the reader of the Passion of the Christ. There is testimony from false witnesses (6:6:13: Mt 26:60), reports that Jesus will destroy the Temple (6:14; Mt 26:61), visions of the Son of Man in Heaven (7:56; Lk 22:69), prayers of surrender to God (7:59; Lk 23:46), and petitions of forgiveness for th
1 comment
Read more 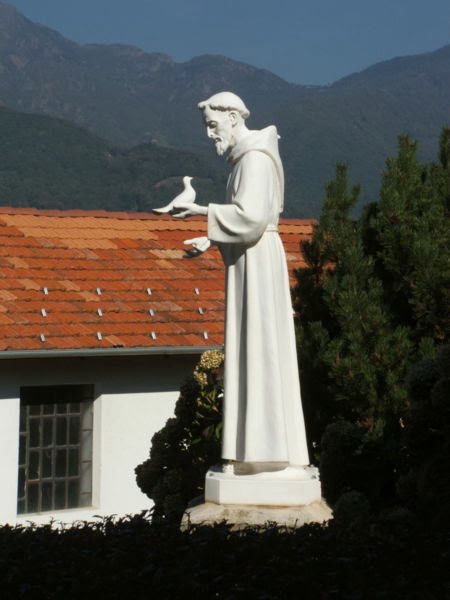 This  post at  Rorate Caeli  is well worth reading if, like me, are concerned about the Franciscan Friars of the Immaculate , it's been a difficult week. The post debunks a report from Michael J. Miller in the Catholic World Report  attempts to address the speculation about the order. Basically, the worry is that the Vatican is censuring the order for attachment to traditionalism. Apparently, five priests complained about the traditional direction the order was taking and as a result their ability to say mass in the extraordinary form, as guaranteed under Summorum Pontificum was suspended. At the time, assurances were given that this was simply to make sure that those in the order that did not prefer the EF did not have it unfairly forced upon them. Many people were shocked by this, but understood the need for fairness for all in this matter and took a wait and see approach. I was sure Rorate Caeli had it wrong, and chose to trust Pope Francis and the Vatican would make the
2 comments
Read more

Further to my post about Michael Voris criticising Cardinal Tim Dolan here , an interesting discussion ensued, mostly on Twitter it has to be said. Generally speaking, I am an admirer of Michael Voris as I am of anyone with strong Catholic credentials. Voris is 100% committed to Christ's Church on earth and is very vocal about it. His grasp of Catholic teaching and his faith is inspiring. Many people would say we need his vocal style, because our priests and bishops are not vocal enough. This is pretty much the claim that Voris levels against Cardinal Dolan. As part of the discussion, Michael himself tweeted that silence has no influence One thing I find about the internet is that a lot of people are either one thing or another thing, very clearly. I try not to be so rigid in terms of my defined stance because I am all too aware that I don't know everything. I do stand humbly before the Church and submit to her teaching. When individuals claim this or that interpre
4 comments
Read more 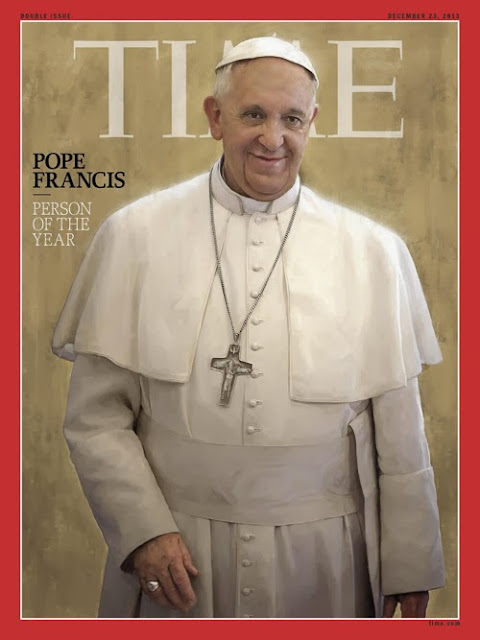 Wow! Pope Francis is really making an impact on the world, his humility and practical Christianity is showing people the person of Jesus. The latest demonstration of the power of Pope Francis' ministry is this: Time Magazine have named the Holy Father their Person of the Year for 2013: “For pulling the papacy out of the palace and into the streets, for committing the world’s largest church to confronting its deepest needs, and for balancing judgment with mercy, Pope Francis is Time’s 2013 Person of the Year,” Time said in its announcement. This is the third time a Catholic pope has been selected by Time to receive this accolade. Bl. Pope John Paul II was selected in 1994 and Bl. Pope John XXIII was chosen in 1962. The magazine's cover story states: “At a time when the limits of leadership are being tested in so many places, along comes a man with no army or weapons, no kingdom beyond a tight fist of land in the middle of Rome but with the immense wealth and weight
Post a Comment
Read more 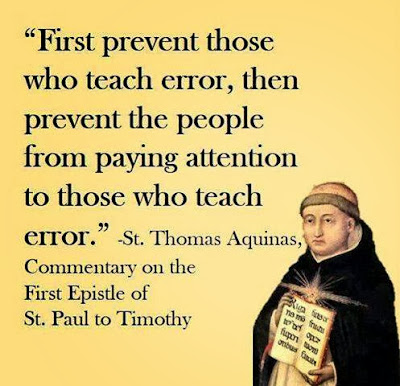 I stumbled across this video yesterday: I was a bit shocked, a bit hurt, and a lot upset. I was shocked, because Cardinal Dolan is a bit of a personal hero. I have always considered--based on the evidence--that he is an outspoken evangelist, never afraid to stand up for the Church and her teachings. If Michael Voris is a supporter of orthodoxy, should he not be a supporter of Cardinal Dolan? I was hurt because Cardinal Dolan is a Prince of the Church, someone I follow because he has devoted his life to Christ and can help me to be a better disciple myself. Watching Michael Voris' no-holds-barred attack on Cardinal Dolan made me feel like someone was attacking Holy Mother Church. I was upset because Voris makes a lot of sense and makes some excellent points I cannot ignore. The Church is damaged by a lack of pastoral teaching. Everyone knows this, and I think it is especially evident in the responses to the Synod on the Family Questionnaire which has recently been circulat
6 comments
Read more 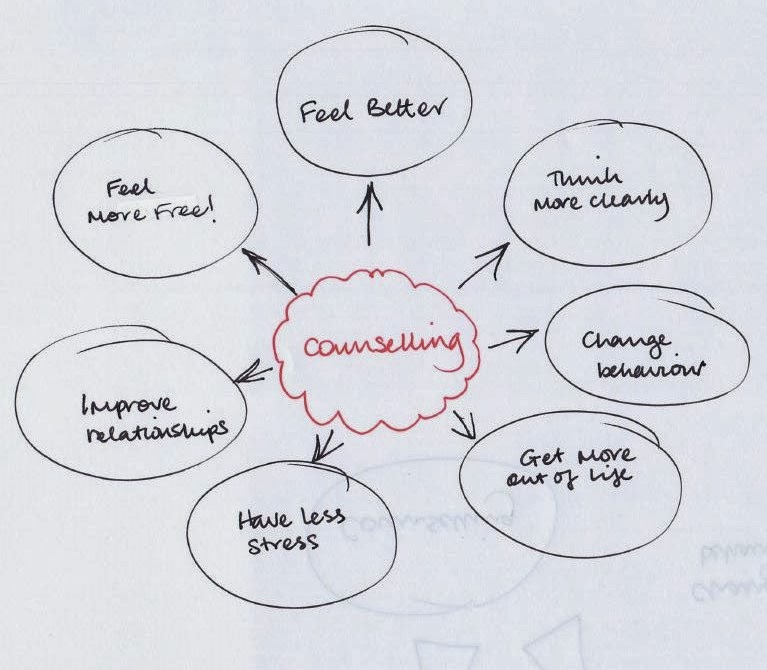 Having been through a course of counselling myself recently I found this article , by Andrew Plasom-Scott, on Non-Directive Counselling very interesting. I am particularly impressed that it is careful to explain the positive benefits of this form of counselling, giving examples of situations from personal experience where it has wrought powerful benefits for clients. However, in certain circumstances, it can also be problematic as it ultimately relies on a decision of conscience, and leading a client to consider what their conscience is leading them towards. The success of such a technique is necessarily limited by the degree to which a client's conscience is formed. Conscience must be informed and moral judgment enlightened. The education of conscience is indispensable for human beings who are subjected to negative influences and tempted by sin to prefer their own judgment and to reject authoritative teachings ( CCC 1783 ). The education of the conscience is a lifelong task
1 comment
Read more 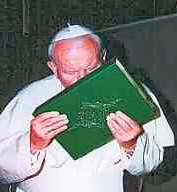 Reflecting on the Pope's Apostolic Exhortation, Evangelii Gaudium , I wondered if I might raise a point for discussion? In my last post , I attempted to address the political and economic criticism levelled at the document from some quarters. It appeared to me, that this criticism came from a perspective of those who considered Capitalism as the answer to all the worlds ills, convinced perhaps by its apparent success in the face of historic rivalry from more Marxist based systems.  I attempted to illustrate the consistent criticism of extreme models of Capitalism, along with Socialism, the Church has always exhorted. I did this by referring to perhaps the first criticism of rampant Capitalism in the encyclical of Pope Leo XIII, Rerum novarum   (1891) which was written in the aftermath of the Industrial Revolution and addressed evils like child labour, unsafe working conditions, long hours and health and safety. In many ways, Karl Marx' Communist Manifesto, Das Capital ,
3 comments
Read more

Disagreeing with the Pope. 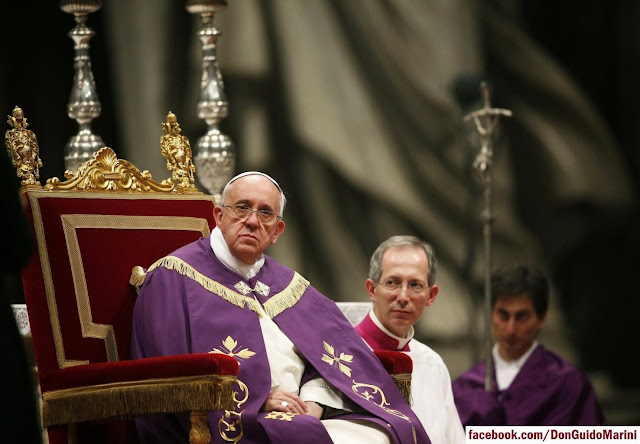 The last week has been full of analysis of Pope Francis' first Apostolic Exhortation Evangelii Gaudiem . As Jimmy Akin explained, an apostolic exhortation is a papal document that exhorts people to implement a particular aspect of the Church’s life and teaching. Its purpose is not to teach new doctrine, but to suggest how Church teachings and practices can be profitably applied today. Some apostolic exhortations are devoted to the pastoral challenges faced in particular parts of the world (Europe, Africa, Asia, the Americas). Others are devoted to particular themes. Previous apostolic exhortations include: Paul VI’s Evangelii Nuntiandi (on evangelisation today) John Paul II’s Christifideles Laici (on the role of the laity) John Paul II’s Redemptoris Custos (on St. Joseph) Benedict XVI’s Sacramentum Caritatis (on the Eucharist) Benedict XVI’s Verbum Domini (on the Word of God). In terms of its importance, it is of a pastoral nature rather than a doctrinal or le
4 comments
Read more
More posts