Cardinal Nichols at the London Oratory

I was really heartened to spot on the NLM blog that Cardinal Vincent Nichols, the Archbishop of Westminster was the celebrant at a Pontifical Mass for the Solemnity of the Immaculate Conception at the London Oratory on Monday.

The choir sang music by Lassus, Gabrieli and Victoria accompanied by period instruments. The Oratory have posted some great pictures on their Facebook page. Here are a few for your edification, the setting is truly beautiful: 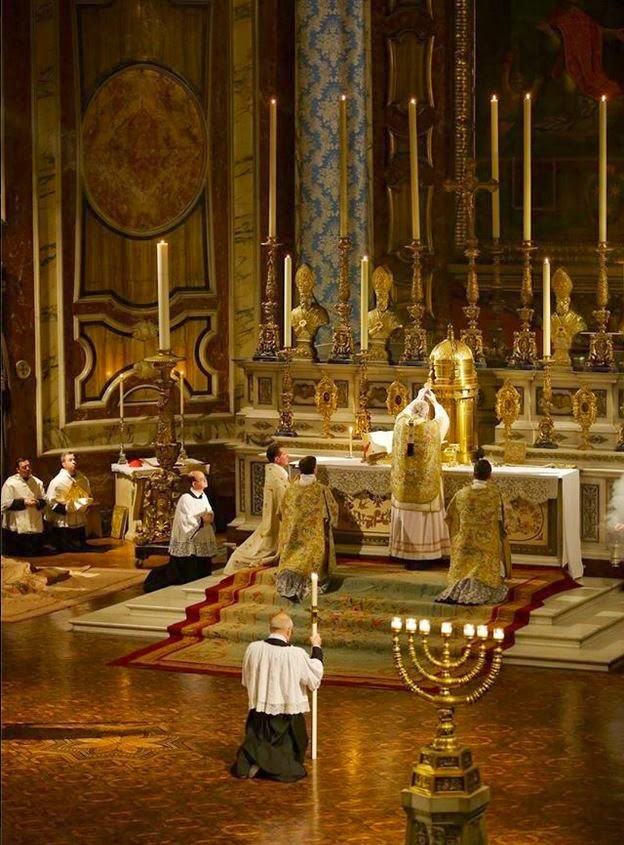 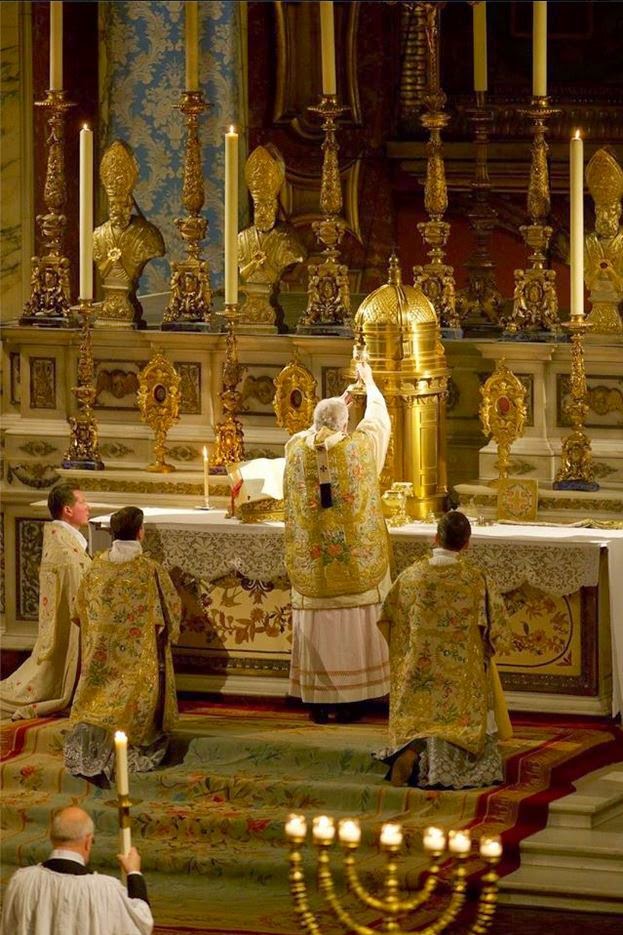 The Oratory, of course, is renowned for it's reputation for excellent liturgy and wonderful music. It attracts people from miles around. 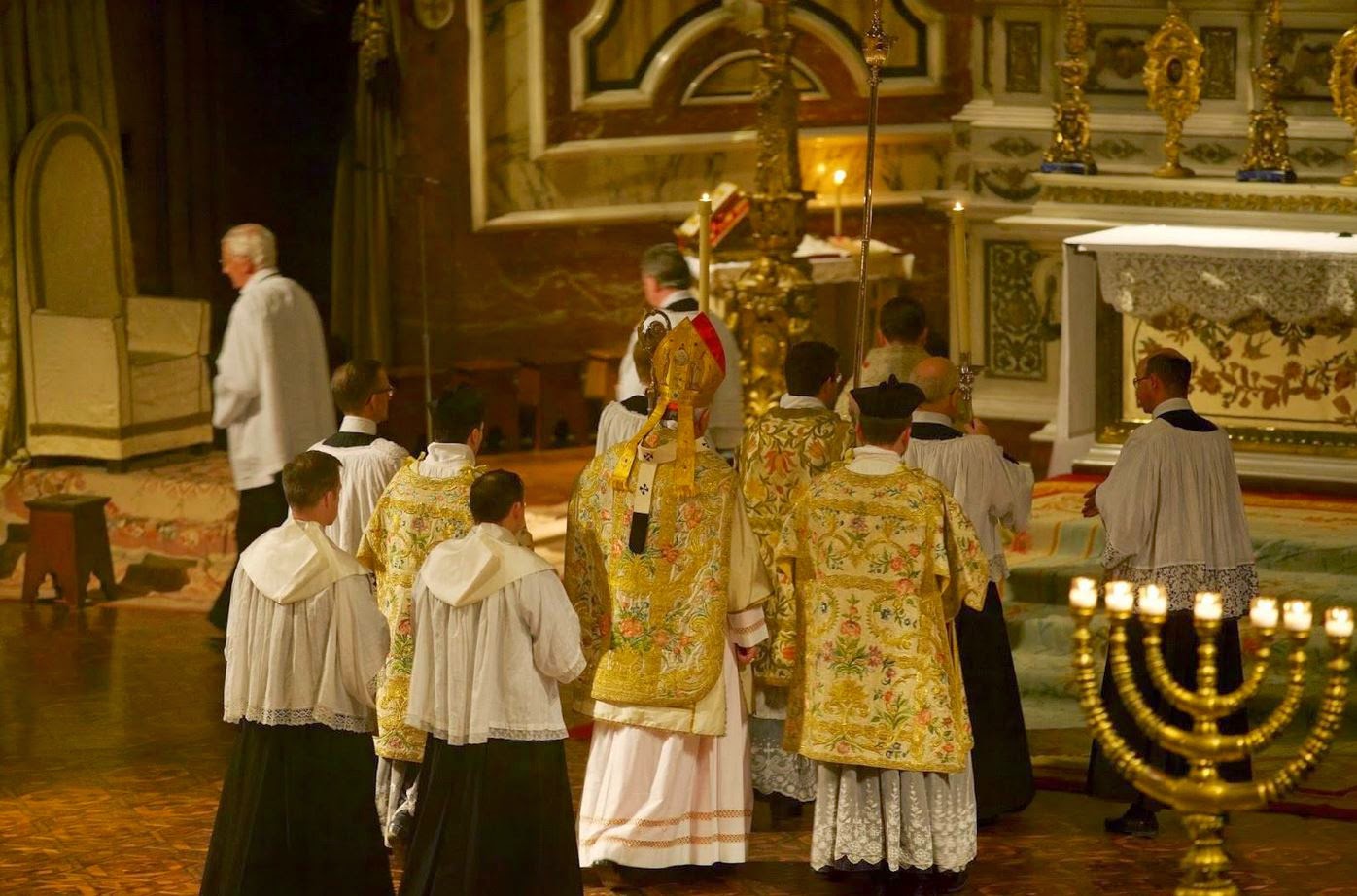 I am really excited to see our Cardinal Archbishop celebrating Mass in such beautiful surroundings. It is important that we embrace this traditional dimension to our worship because it helps us transcend the mundane and embrace the metaphysical reality of our worship. We are not worshiping the mundane, we are worshiping the divine. To worship in surroundings which we have tried our best to make as beautiful as possible to to add layers and dimensions to our prayer beyond the merely verbal. We pray with our voices, but also with our actions, with our attitude and approach, and the dignity we attribute to our place of worship is demonstrative of our belief that the ever-living God dwells in the Tabernacle under the signs of bread and wine.

It is also pedagogical: our children recognise that something different and special is taking place, that there surroundings are not the usual ones and that adults act differently when they are in the presence of the Lord. 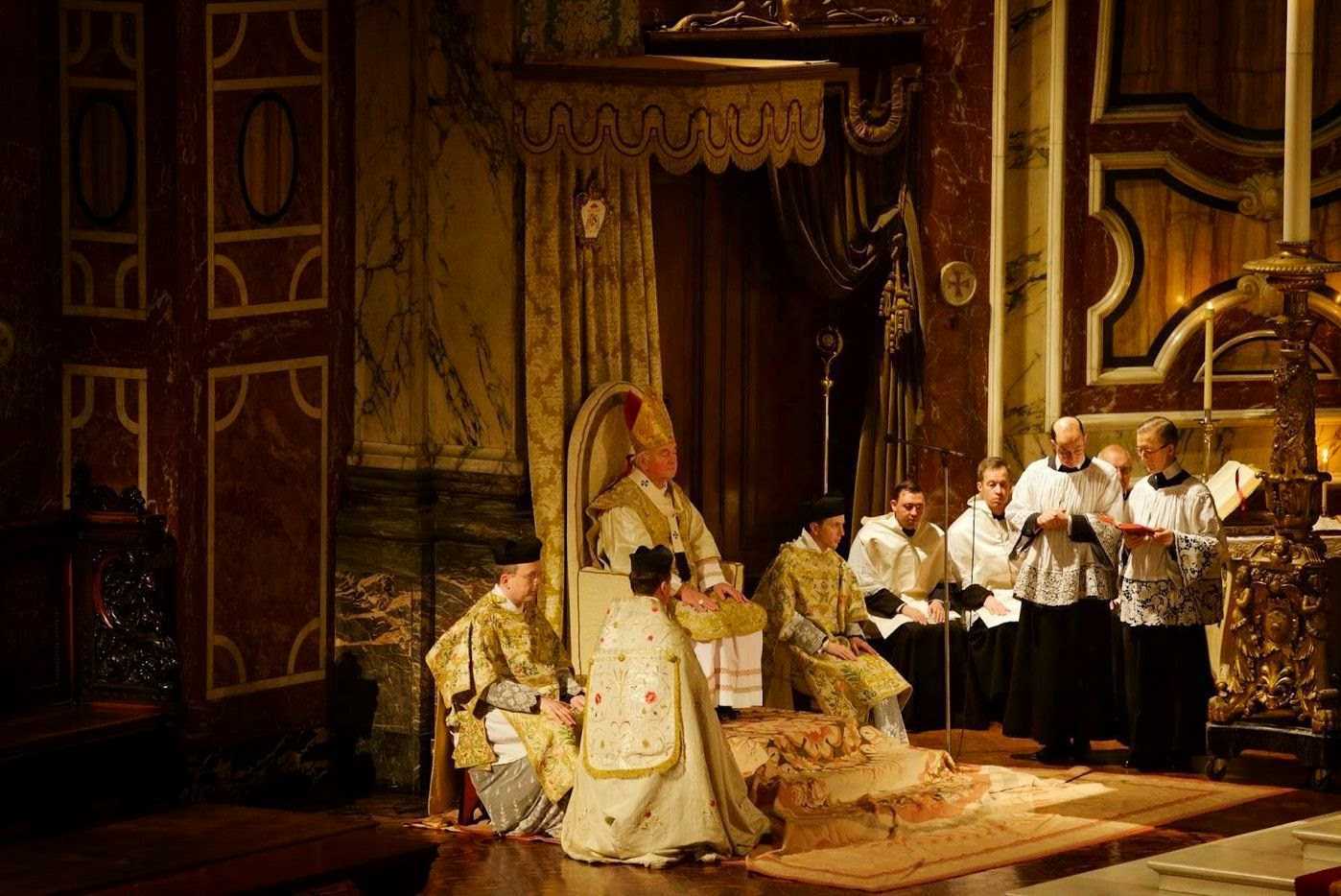 If you are unaware, the Oratory: The Congregation of the Oratory of Saint Philip Neri to give it its proper name, is a pontifical society of apostolic life of Catholic priests and lay-brothers who live together in a community bound together by no formal vows but only with the bond of charity. They are commonly referred to as Oratorians (Oratorian Fathers).

This "Congregation of the Oratory" is not to be confused with the French Oratory, a distinct congregation, the Society of the Oratory of Jesus (Société de l'Oratoire de Jésus), founded by Pierre de Bérulle in 1611 in Paris.

Founded in Rome in 1575 by St. Philip Neri, today it has spread around the world, with over 70 Oratories and some 500 priests. The post-nominal initials commonly used to identify members of the society are "C.O." (Congregatio Oratorii). The abbreviation "Cong. Orat." is also used.

Unlike a religious institute (the members of which take vows and are answerable to a central authority) or a monastery (the monks of which are likewise bound by vows in a community that may itself be autonomous and answerable directly to the Pope), the Oratorians are made up of members who commit themselves to membership in a particular, independent, self-governing local community (an Oratory, usually named for the place in which it is located: e.g., Birmingham Oratory, Oxford Oratory, Brooklyn Oratory) without actually taking vows, an unusual and innovative arrangement created by St. Philip. Normally an Oratory must have a minimum of 4 members, 2 being ordained, in order to be founded. If a group of men seeks to establish an Oratory, they may apply to do so, going through the proper diocesan channels; during the process of formation a member (or members) of a well-established Oratory resides in the community to facilitate every aspect of the proposed foundation.

You may recall Bishop Robert Byrne, ordained this year, was the first Oratorian bishop appointed in England since 1874, when Fr Edward Bagshawe of the London Oratory became Bishop of Nottingham.

Here I am with him recently at Our Lady of Lourdes in Leigh: 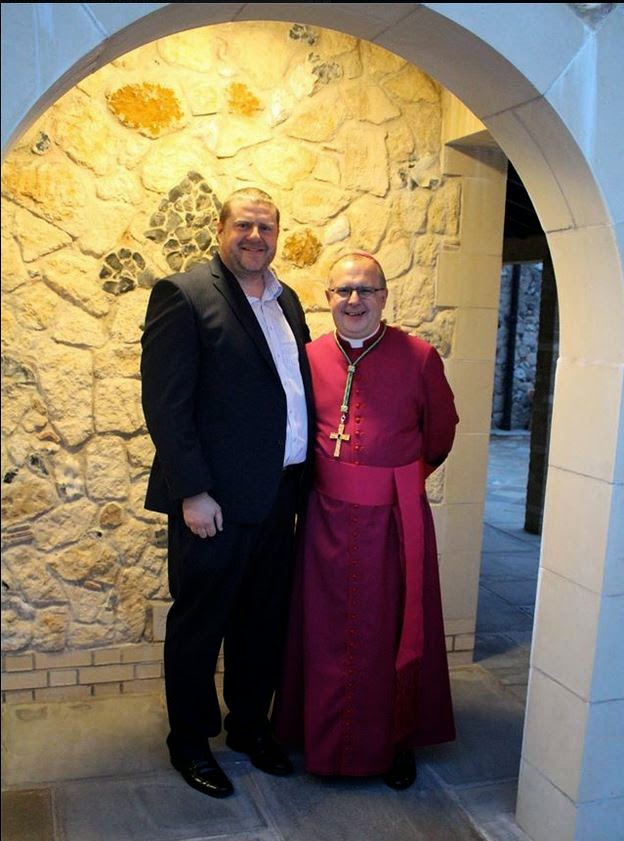