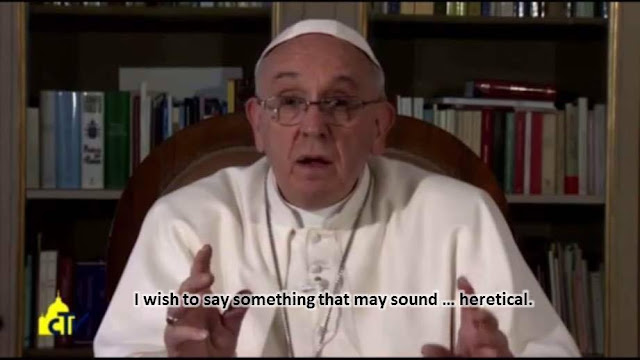 A while back, I tried to look at the problem with Amoris laetitia as it relates to the moral norms always taught by the Church, and defined in the Papal Encyclical Veritatis Splendor.

In a strange interview with a Belgian Magazine reported today, Cardinal Müller re-affirms that "There are no circumstances in which adultery would not be a deadly sin, the pope's Amoris laetitia on marriage and family does not contradict this." The Cardinal goes on to condemn the letter of the four Cardinals and their dubia. His continued insistence that there is no problem here appears, at best, extremely naive. Whilst I agree that the problems with Amoris Laetitia are non-existent when it is interpreted in the light of the Magisterium, the problem is that that is not how it is being interpreted! Whilst Müller continues to assert the constant and settled teaching of the Church on this through the bizarre and unorthodox method of magazine interviews, bishops are teaching the contrary and are not being corrected by the Pope. This is fact.

In this recent post, Dr Ed Peters, Canon Lawyer, explains how the problem with Amoris Laetitia is not so much what it teaches, but what it fails to clarify. He states:

Dr. Peters argues that the flaw in the document allows it to be used by diametrically opposed schools of sacramental practice and this is the real problem.

Whilst noting that all of the canons governing sacramental administration, notably Canon 915, remain in full force, he points out that the Maltese, the Germans, and Cdl. Coccopalmerio (but not the Argentinians, not quite) go well beyond what the pope actually wrote in Amoris, though some of his phrasings in the document frustrates one’s ability to appeal to it as a corrective; while other bishops such as Egan, Chaput and the Western Canadians can also invoke Amoris to justify their sacramental polices even though their policies are the polar opposite of those being pushed by the Maltese et al.

Of course, the vagueness comes as no surprise in the context of comments made by Archbishop Bruno Forte, the Archbishop of Chieti-Vasto. Bishop Forte said during a presentation on Amoris Laetitia back in May 2016, that Pope Francis told him at the Synod on the Family that he didn’t want to speak “plainly” about the question of admitting remarried divorcees to Holy Communion because doing so would make a “terrible mess.”

Forte claimed that the pope told him: “If we speak explicitly about communion for the divorced and remarried, you do not know what a terrible mess we will make. So we won’t speak plainly, do it in a way that the premises are there, then I will draw out the conclusions.”

“Typical of a Jesuit,” Archbishop Forte reportedly joked. The comments were reported here.