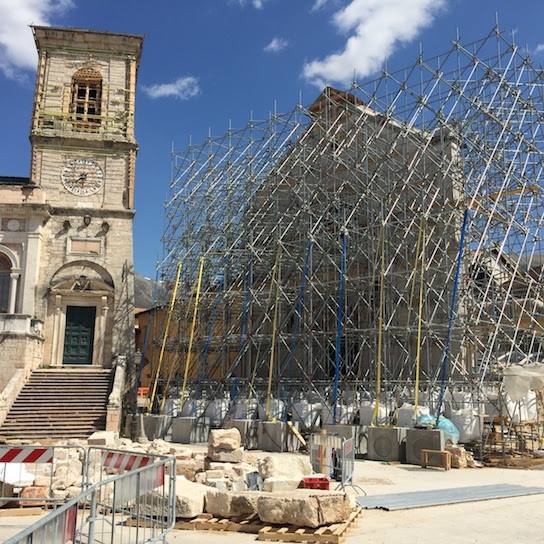 Some rather depressing news from Dr. Robert Moynihan, who, in his latest letter reports news from the Monks of Norcia / Monaci di Norcia:

"They told me that the archbishop of Spoleto, Renato Boccardo, age 64 -- who has jurisdiction over Norcia -- has decided that he will rebuild the Basilica of St. Benedict in a modern style of architecture. He will also take possession of the quarters where the monks had been living from the year 2000 until October 2016. He will use the quarters as a part-time episcopal residence.

"So the Benedictine monks of Father Cassian will not return to the center of Norcia, to the spot where St. Benedict and his twin sister St. Scholastica were born. That period of the monastery's life is over now, it seems. The monastery will now be built on the hillside above the city, about two miles outside of the city walls."