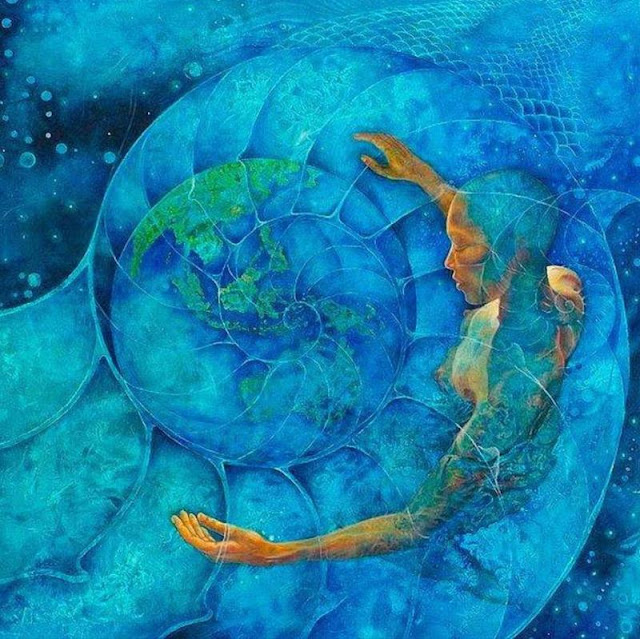 The trend to universalism is one that is increasingly noticeable among Christians today. I find friends often comment to me when a brother Catenian dies for example, that the consensus in circulated emails is that "he is in heaven now". Similarly, Bishop Alan Williams has said things like this when offering funeral masses for priests who have died.

Social media is awash with people make ontologically crazy assertions about their dead relatives having gained their "angel wings".

Purgatory is never mentioned. Their is no need to pray for our dead, it is game over and they are in heaven when they die - end of.

You may be thinking this is impossible but it is regularly and openly preached in a next door parish to me in Rayleigh. The Bishop of Brentwood seems to be absolutely fine with this.

I found it interesting that this move to Universalism - the idea of universal reconciliation – that all humans will eventually receive salvation -- is as prevalent today in evangelical Christian circles as it is in Catholic circles, as the video here demonstrates. So much so, in fact, that the interviewee, Dr. Michael McClymond has written a two volume work on the history of Universalism quite cleverly called The Devil's Redemption.

This video is extremely valuable as it provides a clear sighted analysis of why this is so attractive to Christians and why it is so wrong headed. For example, to embrace this idea means that a mass murderer who brutally kills and tortures many people will, upon his death, go immediately into the presence of God. Clearly this contradicts basic notions of justice and, as CS Lewis explained, it would be extraordinary if we exist in a world where we have an appetite for justice which could never be fulfilled.

What's interesting is that in an attempt to defend the traditional teaching on salvation, this dialogue is grounded in Catholic theology. The conversations refers to the fathers of the Church and the Church councils, looking back on what was always taught and how scripture was always interpreted in this regard.

Of course, the key documentation of this idea is Origen of Alexandria's apocatastasis, and this is often cited by universalists as evidence for the idea embedded in the fathers. Of course as Catholics we know Origen is one of the few Church Fathers who is not generally regarded as a saint, and this is largely due to this erroneous dimension to his teaching.

The Alexandrian school Origen belonged to adapted Platonic terminology and ideas to Christianity while explaining and differentiating the new faith from all the others. A form of apocatastasis was also attributed to Gregory of Nyssa and possibly the Ambrosiaster, attributed to Ambrose of Milan. Gregory of Nazianzus discussed it without reaching a decision. Interestingly, despite Saint Gregory of Nyssa clearly being a universalist, he was still beatified and honoured in the Church.
Eventually, Origen started to be condemned throughout the early church in local councils, though not apocatastasis specifically. This changed definitively in the sixth century. A local Synod of Constantinople (543) condemned a form of apocatastasis as being Anathema, and the Anathema was formally submitted to the Fifth Ecumenical Council of Constantinople (553). The term apocatastasis is mentioned in the 14th of the 15 anathemas against Origen of 553: "If anyone shall say ... that in this pretended apocatastasis, spirits only will continue to exist, as it was in the feigned pre-existence: let him be anathema."

The fifth ecumenical council in its sentence during the eighth session condemned "Origen" and his "impious writings"—likely a reference to the teachings ascribed to him by the 543 and 553 anathemas, because during the fifth session Origen's condemnation is described as "recent."
McClymond explains that notwithstanding modern universalist appeals to Origen, the reading of his thesis is highly selective and seeks the end without adopting any of the logically following points. As is so often the case, these whimsical ideas have no logical foundation or structure.
He argues rather convincingly that if universalism is the true teaching of the New Testament, as universalists claim, why is there no hint of it in the doctrine and tradition of the Church? Rather it started with Origen and was condemned with Origen.
There's a great discussion of the Franciscan priest Richard Rohr's work which is openly Panentheistic. I think the fact that Richard Rohr is still tolerated, let alone that he is a priest in good standing while literally teaching Panentheism. is a symptom of how confused the Catholic Church is about the Gospel today.
Anyway - this is well worth a watch, especially if you have heard fellow Christians advocating universalist ideas, this will arm you with a valuable defence of Christian tradition.
apocatastasis gnosticism Origen Panentheism universalism