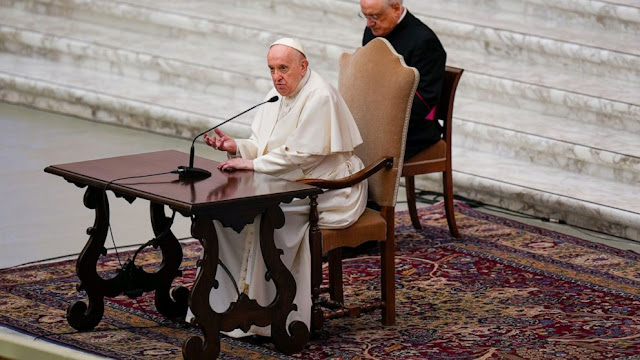 This post follows on from the last one really, prompted by this:

“Pope Francis on Saturday blasted Catholics who, hewing to old-school versions of liturgy like the Latin Mass, have made an ideological battleground of the issue, decrying what he described as devil-inspired divisiveness in the church,” reports @AP https://t.co/fLWNqIJ34L

When you have a Pope who ignores problems, promotes abusers, pushes problematic ideas which are at odds with the faith, AND THEN BLAMES TRADS FOR CAUSING DIVISION, you know you have serious, serious problems.

These comments are utterly indefensible, especially in the context of a huge push from progressive commentators and outlets to say the pope promotes homosexuality:

“I would have them recognize it not as ‘the rejection of the church,’ but instead of ‘people in the church’.

“A ‘selective’ church, one of ‘pure blood’, is not Holy Mother Church, but rather a sect.”https://t.co/5xb4KRpZ9m

Pope Francis lent a nod of support to a new project that provides resources for L.G.B.T. parish ministry in a note to @JamesMartinSJ. https://t.co/IwMOtouLgJ

Coverage of Pope Francis's new letter to #LGBTQ Catholics on Outreach, on God's love, the church and acceptance at @americamag https://t.co/l1M0ndZ4y7

Pope Francis in a new interview on LGBT Catholics said God "does not disown any of his children" and that a church that is "selective" about its membership more resembles a "sect" than what the Gospel commands. @cwwhiteNCR reports: https://t.co/O2kWGgqVAd

In fact, if you read the Pope's comments, they are (for once) uncontroversial: a "nothing burger" and all the spin is what's making the noise, demonstrating once again that there are people who are perfectly prepared to manipulate the reality to suit their agenda. Both to portray the Catholic Church as somehow at odds with groups of people and to use the pope to further their particular agendas, regardless of how said agendas fit with the saving message of the Gospel.

The Pope's attack on Traditional Catholics is analysed by Robert Nugent in Ireland in this video:

This can be nothing but gaslighting from the pope who engages in all manner of divisive activity in his office: an office the function of which he seems to have no idea about. What creates division? Caring about the Church, putting your faith at the centre of your life and wanting to worship Jesus Christ in the most authentic and beautiful way you can, or this: 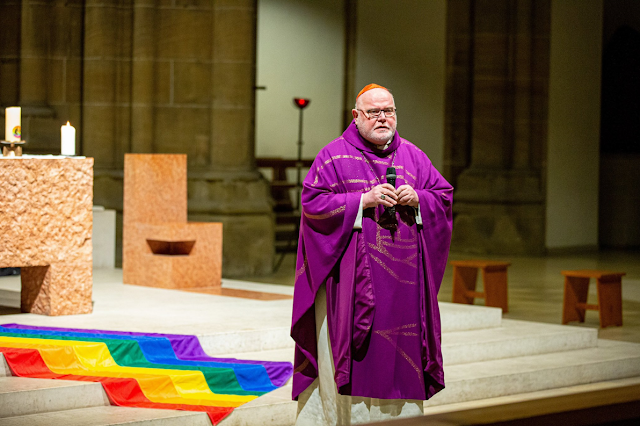 When you have Cardinals literally publicly claiming Church teaching is wrong and silence from the Chair of Saint Peter, I think it is perfectly reasonable to consider the Pope's constant attacks on Traditional Catholics constitute a complete misunderstanding of the reality of the Church. How can he throw around accusations of divisiveness at those who simply seek Catholicism?

Pope Francis is beyond parody. His narrative is one of pure ignorance, his supporters can only seek the promotion of their own agenda or perhaps promotion.

This papacy has become utterly risible and the rhetoric of the man at the top is nothing short of a joke.