A Pope at War with the Mass

Dr. Joseph Shaw, the LMS Chairman, has been given sight of a letter of refusal from the Dicastery of Divine Worship, which alone has the authority to permit priests ordained after Traditionis custodes to celebrate the Traditional Mass. It has become clear that the Dicastery is systematically refusing to do so, even though requests are coming not from individual priests, but their bishops. Dr. Shaw posted a portion of the letter on his blog and at Rorate Caeli. He suspects any others would be substantially identical:

…this Dicastery is of the opinion that this [permission] would not be an opportune decision. Therefore, we deny the request. The path established by the Holy Father in Traditionis custodes is quite clear and this has been underscored both in the “Letter to Bishops of the Whole World” which accompanied the Motu proprio and in the Responsa ad dubia of this Dicastery, which were personally approved by the Holy Father. In this latter document, with regard to this very point, it was highlighted that the liturgical reform of the Second Vatican Council “has enhanced every element of the Roman Rite and has fostered – as hoped for by the Council Fathers – the full, conscious and active participation of the entire people of God in the liturgy (cf. Sacrosanctum Concilium no. 14), the primary source of authentic Christian spirituality”. Most recently the Holy Father’s Apostolic Letter of 29 June, Desiderio Desideravi, on the liturgical formation of the people of God, expands on the above mentioned letter to the bishops and reaffirms Pope Francis’ desire that unity around the celebration of the liturgy be re-established in the whole Church of the Roman Rite (n. 61).

There is of course no difficulty for Fr [] to celebrate Mass according to the editio typica tertia (2008) of the Missale Romanum.

Dr. Shaw notes that, given that Pope Francis explicitly made provision for permissions to be given, and given that bishops requesting them presumably have good reason to do so, the attitude of the Dicastery does not seem like a straightforward application of the rules. There is something more here: something hostile to the provision which Pope Francis expected to be made 'to provide for the good of those who are rooted in the previous form of celebration.'

He asks, "Is this what pastoral care looks like?"
I always find it interesting that it is the faithful Catholics being targeted by Pope Francis here who are the ones who actually believe it when the pope says he will provide provision or look after the pastoral needs of people. It is crystal clear that the Pope's intention is to wipe out the Traditional Latin Mass entirely.
Surely this is further evidence, should any be needed, that Pope Francis is waging an ideological war on the faith, seeking to cause division and removing the Sacraments from Catholics who do not subscribe to his point of view and vague idea of what it means to be a Catholic.
Just think about it. A Pope who sees it as a priority to stop Masses being said and to restrict devoted, faithful Catholics from receiving the Sacraments. It is a scandal beyond belief in my opinion. The only think more scandalous is the silence of bishops and cardinals. Although, as the scales finally fall from some eyes... 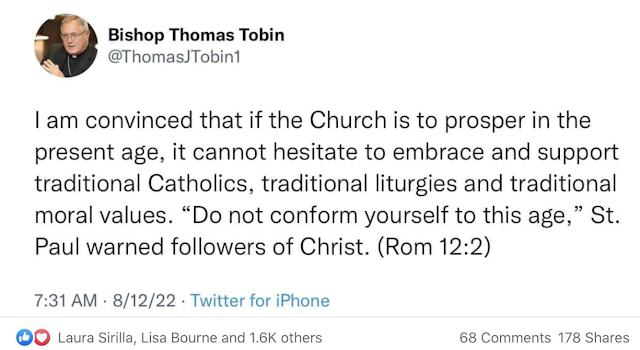 As Dr Peter Kwasneiwski commented on Facebook:
Bishops: DO NOT ASK. You are successors of the apostles, with your authority from Christ, to rule your dioceses for the good of souls. The pope, in the end, will not be your judge; Christ will.
Priests: DO NOT ASK. In virtue of your ordination, you may offer the Holy Sacrifice of the Mass. If ever there were a rite of Mass that required absolutely no permission whatsoever, it would be the traditional one.
Legal positivism and Catholic Tradition cannot be reconciled. Make your choice.
Dr. Joseph Shaw The Traditional Latin Mass Traditiones custodes