Damian Thompson: The Catholic Church is falling apart at the seams 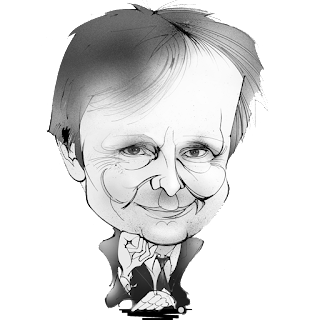 In the Spectator, the seasoned Catholic journalist writes the following:

"This headline may seem sensational, but the evidence is overwhelming. The Catholic Church is experiencing a bewildering range of crises, some of them long-term and familiar, such as demographic collapse and the continuing scandal of sex abuse. Others are being manufactured by a Pope who is allowing a faction of Catholic boomers to push an incoherent 'New Age' agenda. Whether Francis truly supports their ideas is anyone's guess – but he's increasingly willing to spout their inanities. On Saturday the Pope's official Twitter account told the faithful:

'The plant paradigm takes a different approach to earth and environment. Plants cooperate with all the surroundings [sic] environment; even when they compete, they cooperate for the good of the ecosystem. Let’s learn from the meekness of plants!'This was tagged #TimeofCreation. But creation of what? Yesterday, Luke Coppen of The Pillar reported that the Diocese of Haarlem-Amsterdam in the Netherland – where plant-based spirituality has been trendy for decades – will be closing 99 out of its 164 Catholic churches over the next five years.This may be a depressing episode of Holy Smoke – but, given that the mainstream media isn't interested in the fate of the Catholic Church, I do recommend that you listen to it."
On the German crisis, Damian cites this quote from Cardinal Mueller:

"Germany ..[wants] .to impress the whole world with their wisdom and to free the backward and uneducated Catholics and their bishops in the other countries, from the burden of ..Commandments. Their goal is the transformation of the Church into a worldly NGO"