Why Anglican evangelicals are becoming Catholics: An interview with Msgr. Nazir-Ali 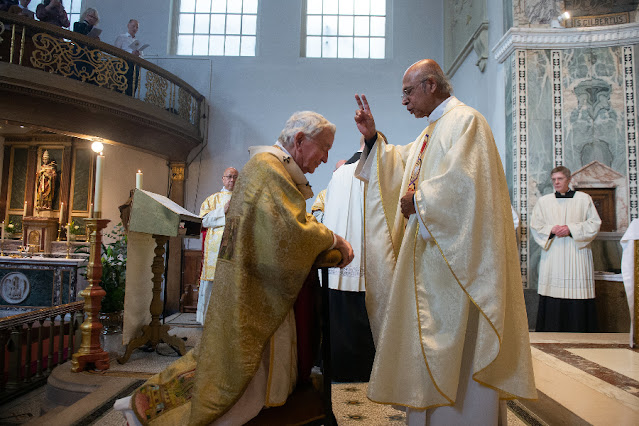 Why did you decide to become a Catholic?

I’ve often said to people that my decision didn’t so much have to do with this issue or that, but how decisions are made, on what basis, and by what authority.

I think that the Lambeth Conference [an international gathering of Anglican bishops every 10 years], although it had no legal authority over the provinces, had moral authority. Repeatedly on questions of church order, on questions about marriage, the Lambeth Conference would make one decision and then the provinces would go and do something quite different.

I understand the Archbishop of Canterbury said recently in Egypt that “we make decisions by consensus, and even then people are free to do what they like.” Well, this doesn’t work. We need a way of making decisions that have universal importance that stick universally. Otherwise, chaos results.

My second reason was that you need a body of teaching to which the faithful can refer when they need to do so, and indeed clergy as well in their office of preaching and teaching on a whole host of issues that face the faithful.

Third, is that, though I’m not in favor of magisterial authority intervening in every step, from time to time questions arise in the life of the Church where properly appropriate authority has to say, “This is the way and not that,” after having taken account of lots of opinions and expertise. Anglicanism has no way of doing that. After [the most recent] Lambeth Conference, the Archbishop of Canterbury said: “I neither have nor claim any authority to discipline anyone,” certainly in terms of Anglican provinces.

Read the full interview at The Pillar here.