There are still those out there saying that the Synod is a good thing and that the Church in Ireland still has faith. Here are a couple of very worrying incidents that would challenge even the most ardent protagonists of such positive positions. 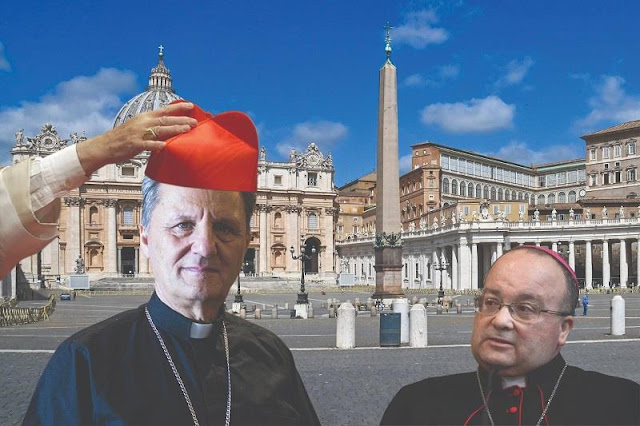 Firstly, we have the seasoned Vatican journalist Diane Montagna asking (I still can't believe he is a cardinal) Grech about the pro-gay, anti-Catholic images promoted by the secretariat on Facebook. It was reported that these artistic impressions - or whatever they were - were falsifications of actual events, where the people speaking had been changed to represent gay or progressive ideas (see this post for full details on that).

Grech is quite bellicose, he seems angered by the question, which  one would expect if one has any knowledge of the man, I was hearing reports that he was a bully and a cover up artist years before his elevation to the heights of Pope Francis' mob. He doesn't like to be held to account clearly, but you have to wonder what one would expect given he is literally promoting sinful ideas condemned by Catholic teaching as the way forward?

Grech's response is mental (he never was very bright). He suggests this is representative of the voices of those who responded; but we already know that is (quite literally) a demonic parody of the true story. There were thousands of images that Grech & his team could have selected to represent “the people of God.” They selected and published those few. What on earth was the criteria for these choices? I mean, it seems pretty obvious, doesn't it?

"Not making any decision."

How about the decision to commission and use that particular set of images, to signal their content to the Catholic world via social media? To manipulate what really happened & misrepresent it, choosing not to tell the truth, that this was an outcry from faithful young Catholics frustrated with the manipulation of the process and instead changing the narrative to push ideas and an agenda completely at odds with Catholic faith and teaching. Was that "listening"? Because to me it seems very much that it was something very different!
It also begs the question, why are cardinals "listening" to the extent where they then literally promote ideas which are fundamentally at odds with Catholic anthropology? Is it to give those who reject the call to holiness and embrace sin the false idea that their sinful behaviour is not at odds with what the Church believes and teaches? Is that being kind? 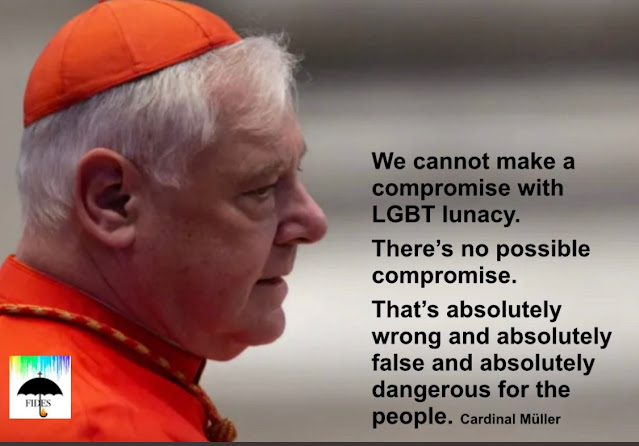 Does the Church need to promote the ideas that the world already teaches or is the Church and the Gospel the antidote to the hyper sexualisation, false anthropology and creeping relativism that plagues human progress in our modern society? Some of our children might be seduced by modern progressive ideas, but does anyone seriously consider that by reflecting those ideas back at them, the Church will somehow become relevant? I would argue that the only way for the Church to maintain its relevance is if it maintains its moral authority. The only way it can do that is by speaking to these issues - yes, with compassion - but from an intellectual and counter cultural space inspired by the timeless teachings of Our Lord and Saviour Jesus Christ. From that Gospel which is ever ancient, ever new to every generation. If we are failing it is because we are failing to preach that Gospel to the next generation. And anyone who has skim read the word salad coming out of Rome these days, absent all mention of fundamental Christian truths, let alone the name of Our Lord, could hardly wonder why that is the case.
If then, it is in fact, something else, what can it be? To say they are welcome in the Church despite the fact that the very issues that define them are opposed to what we believe and teach? So are we changing what we teach?
Writing for National Catholic Reporter, a deeply progressive US publication, Christopher White’s analysis focuses on many of the groups who have felt unwanted by the Church. He writes that the document “reckons with a number of topics once considered taboo in the Catholic Church, including women’s ordination, LGBTQ relationships, sexism etc.” I cannot help but see this as a very simple equation. These groups may feel the Church is finally listening to them as Mike Lewis writes at Where Peter Is, but to what end? If doctrine is upheld, surely they can only feel betrayed, mislead and ultimately ignored? The alternative is quite literally the end of the Catholic Church. 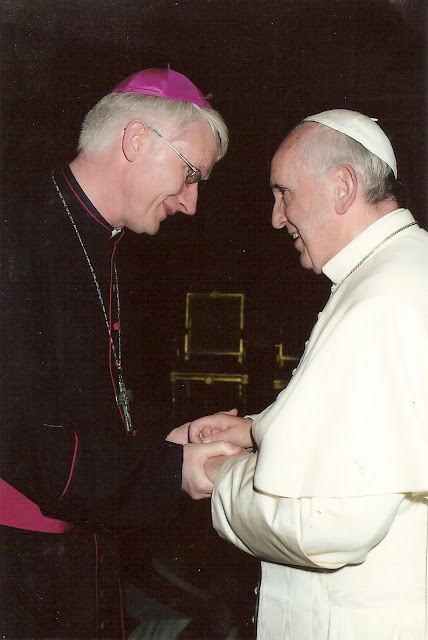 Meanwhile in once Catholic Ireland, where it increasingly seems we can get a sneaky peak what the end of the Church will look like - we have this story from County Kerry which I found utterly astounding. The Bishop, one Ray Browne, (pictured above and who has never popped up on my radar before - but that just means he is as vanilla as the rest of the useless Irish hierarchy) issued a statement on November 1, roundly condemning a priest for literally preaching Catholic teaching. The main part of the homily is contained in the below video from Robert Nugent. I have absolutely no doubt it will have you scratching your head at what the bishop could possibly be annoyed about. Browne should be instantly sanctioned for his treatment of Fr. Sheehy who, unlike this hellish bishop, at least cares enough about the people of Kerry to tell them the truth of the Catholic faith!

Good and clear sermon calling all to repentance. Sad that so many supposed Christians were 'shocked' by this, and tragic to see the obstinacy of sin in their hearts. Prayers for conversion of hearts, especially for myself, a sinner. https://t.co/XdWhQvcJfy

This really is disgusting and you can see how furious Robert is in the video below. You can't even preach the faith in Ireland now because your bishop will sanction you FOR LITERALLY TEACHING THE CATECHISM!
Please let us all write to him and express our dismay at his apostasy. Why not email him to tell him that you won't donate any money to The Diocese. Withdrawal of money and bad publicity is all they respond to. If I lived in Ireland, I'd donate my money to the ICKSP. They are doing great in Limerick and Belfast.
To contact Bishop Browne (the eejit):
Bishop’s House, Killarney, Co. Kerry.
Tel: 064-6631168
Email: admin@dioceseofkerry.org
Email: bishop@dioceseofkerry.ie
Here is Father Sean himself on Kerry radio talking about what happened, I have to say he does really well!
Bishop Ray Browne Cardinal Mario Grech Diane Montagna Kerry Diocese