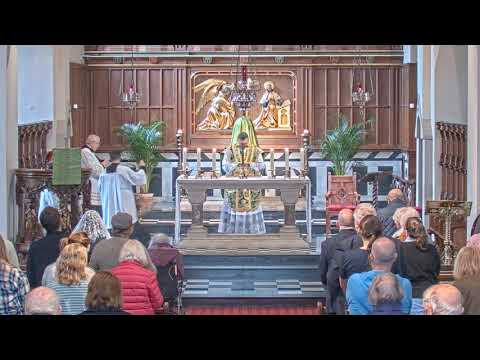 When tragedy strikes, so many of us turn to our faith for comfort and to reflect on the nature of our mortality. The death of our much loved MP Sir David Amess has left Leigh-on-Sea stunned and there have been quite a few new faces at Church over the weekend.  This is Father Kevin's homily at Mass today which references the tragedy. Father Kevin new Sir David well:
Post a Comment
Read more 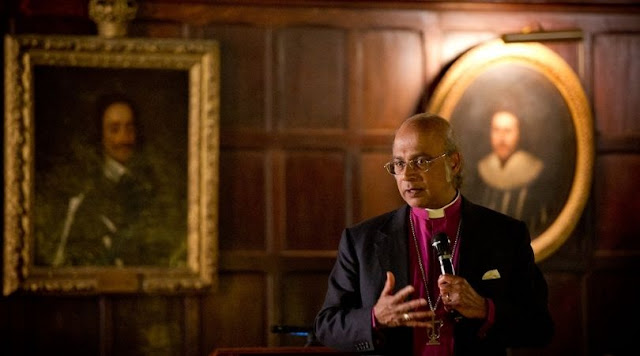 Michael James Nazir-Ali ( Urdu : مائیکل نذیر علی‎; born 19 August 1949) is a former Anglican bishop who was the 106th Bishop of Rochester in the Church of England from 1994 to 2009. He is now director of the Oxford Centre for Training, Research, Advocacy and Dialogue, and was Visiting Bishop of the Anglican Diocese of South Carolina , in the United States, from 2010. Today, Dr. Jules Gomes of Church Militant (himself a former Anglican minister) broke the news that this intellectual giant and highly competent theologian is to be received into the Catholic Church and ordained priest later this month. Nazir-Ali, who holds a master of letters from Cambridge University, an earned doctorate from the Australian College of Theology, and six honorary doctorates from universities around the world, was one of the final two candidates for archbishop of Canterbury in 2000. He was pipped to the post because of his authentic Christianity & failure to adhere to the zeitgeist. Opening the Synoda
Post a Comment
Read more 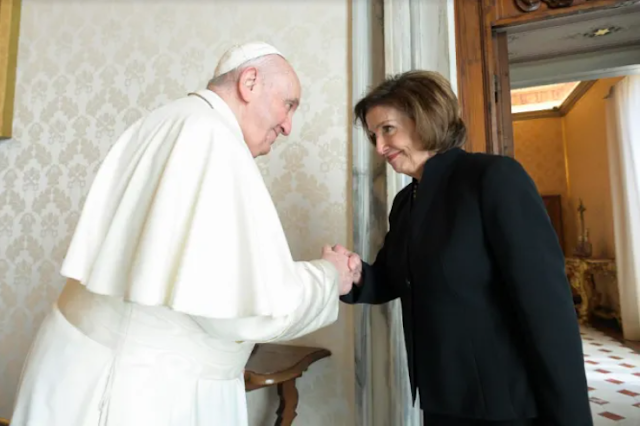 The Pope continues to act in increasingly problematic and distressing ways.  This weekend he met Nancy Pelosi at the Vatican. Pelosi, for my non-American readers, is the 81 year old Speaker of the United States House of Representatives, a role she has held since 2019. The speaker is the political and parliamentary leader of the House of Representatives and is simultaneously the House's presiding officer, de facto leader of the body's majority party, and the institution's administrative head. Speakers also perform various other administrative and procedural functions. Pelosi, like President Joe Biden, makes much of her "devout" Catholic faith. It's a useful way to curry favour with like-minded voters. Pelosi is an ardent promoter of the LGBT ideology, she supports contraception and, most vocally, promotes abortion claiming it is completely consistent with her claims to be a devout Catholic. Pelosi voted against the Partial-Birth Abortion Ban Act of 2003 and
2 comments
Read more 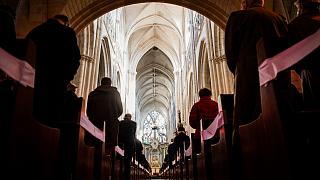 Some 216,000 children have been sexually abused by members of the French Catholic clergy since 1950, an independent inquiry has found . I cannot overstate how much damage this does to the Church. Of course, Catholics tend to immediately engage in damage limitation when confronted with facts like this suggesting that abuse is a part of much of societies institutions historically and that the proportion of priests who abuse is far lower in the Church than it is in wider society.  These things may well be true, but the direct hypocrisy makes the abuse of minors by clergy a perfect tool for the devil to undermine the Church. It is a perversion of the mission and purpose for which the institution exists. It is an opposite image of Christ hiding in the heart of His bride on earth. It is this stark and jarring contrast that makes abuse in the Church uniquely appalling. This kind of abuse necessarily involves a perversion of the priesthood and the trust which is implicit in the role, manipulat
3 comments
Read more

Down the Rabbit Hole 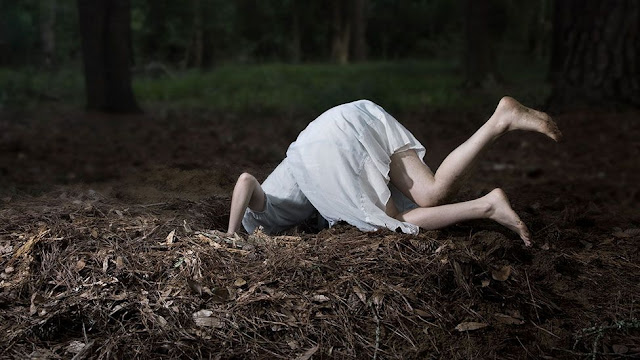 The wonderful & erudite Fr. John Perricone, who I have had the pleasure of meeting, has written a most excellent article in Crisis Magazine which simply must be read. It offers great comfort for those of us who are incredulous at the counter Catholic nonsense which seems to be so keenly promoted by much of the hierarchy at this time. In it, he states: "After the pontificates of St. John Paul II and Benedict XVI, Catholics believed that the bitter years of Newspeak and Wonderland had abated, and sanity was on the horizon. No such respite. Theological Wonderland has returned with a vengeance from the lips of the hierarchal upper crust. The past seven years has reached shocking new depths, but all of them seem to have been surpassed by a new species called Synodality. Before Church historians crouch to their attack mode, let us assure them that any Catholic is aware of the venerable institution of local Councils in the ancient Church (infrequently called synods). Each one of th
Post a Comment
Read more

Pope Francis: "They're all out to get me!" 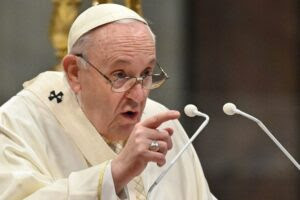 There were lots of interesting things said by the Pope in his meeting with Jesuits in Bratislava. I think it is a really important meeting, especially, as I noted here , because he makes it clear he knows it is all going to be made very public by Papal "yes man" Antonio Spadaro. He attacks tradition. He attacks those who question him calling them the devil and accusing them of attacking the Church & the office of Pope He pushes full sacramental integration for divorced & remarried people He endorses so-called gay marriage again He also claims that there are members of the curia who want him dead, and, although this has not been mentioned much at all in the English speaking world, the Italians seem to have really latched on to this particular bit of the Pope's meeting with numerous posts on the internet and stories in newspapers. Antonio Socci has written this piece on it entitled "Why is no one investigating those who want the Pope dead?" Here is my (li
Post a Comment
Read more 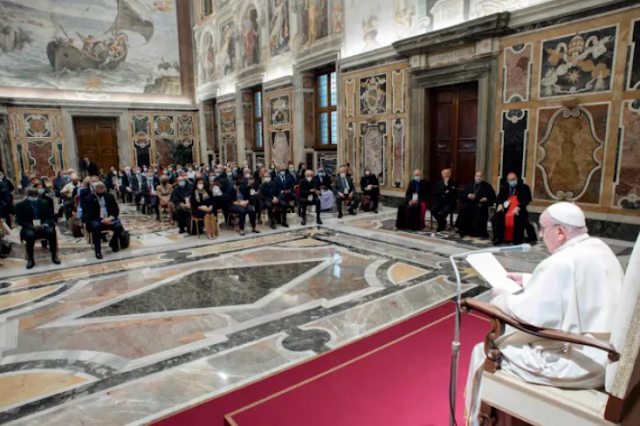