Having undertaken mammoth efforts to correct the speaker of the house, her bishop has finally decided he has no option but to publicly exclude her from receiving Holy Communion:

After numerous attempts to speak with Speaker Pelosi to help her understand the grave evil she is perpetrating, the scandal she is causing, an the danger to her own soul she is risking, I have determined that she is not to be admitted to Holy Communion. https://t.co/l7M85CyG86

He was immediately supported by bishop Conley of Lincoln, Nebraska:

I support Archbishop Cordileone in his courageous pastoral outreach to a member of his flock. His actions are made as a shepherd with the heart of Christ. https://t.co/mRGCtE2ZN3

This is, of course, the fulfilment of canon law:

This is what had to happen.

Writing to his priests today, Archbishop Cordileone lays out the timeline and says he is not "weaponizing" communion: "I have been very clear all along, in both my words and my actions, that my motive is pastoral, not political." 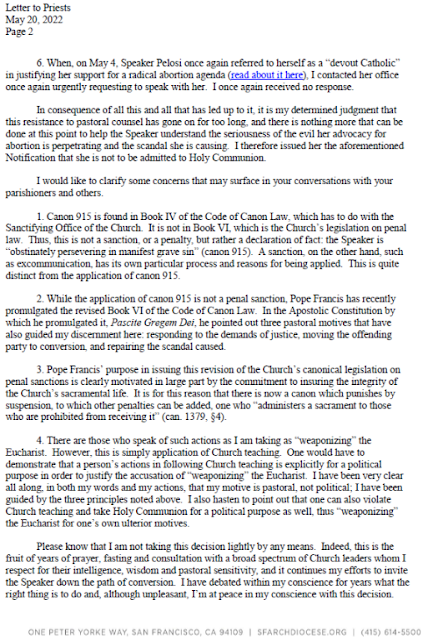 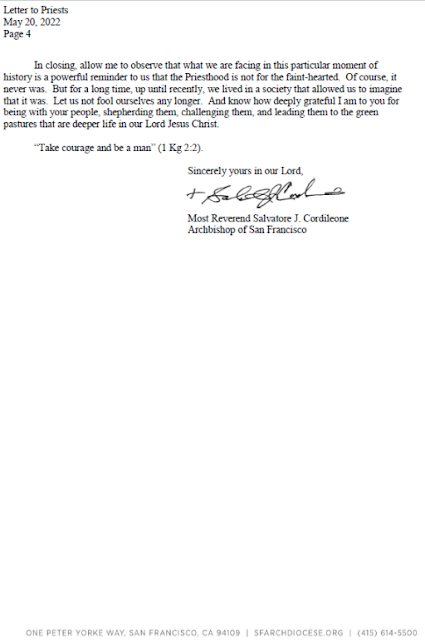 It will be interesting to see what happens next. President Biden's Archbishop, the well known liberal Wilton Gregory, did go as far as offering a criticism to the President back in September. Stating Biden “is not demonstrating Catholic teaching” with his abortion stance.
abortion Nancy Pelosi