Cardinals give German Bishops a bashing! 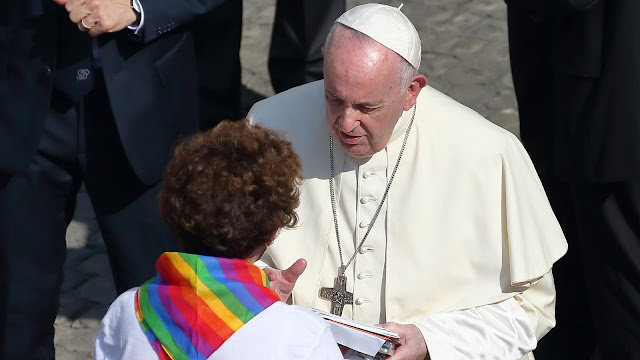 On Thursday the Vatican published reports prepared by Cardinal Luis Ladaria Ferrer, prefect of the Dicastery for the Doctrine of the Faith and Cardinal Marc Ouellet, prefect of the Dicastery for Bishops. The cardinals’ reports were first presented to Germany’s bishops on the final day of their ad limina visit to Rome on 18th November. Originally written in Italian, the texts were also published in German by Vatican News.

You can read my report which has been published in The Catholic Herald here.

Both reports were released by the Vatican in Italian and German, which added to the complexity of figuring out what was going on somewhat!

I downloaded the German and translated it for both reports and - I have to say - I was really impressed!

Cardinal Ladaria states that the texts of the Synodal Path give the impression that the Church’s doctrine on human sexuality is completely wrong. He says the German proposals amount to a position where:

“there is almost nothing to save in this area of Church teaching. Everything must be changed.”

I was especially pleased to read him ask the Germans

“How can one not think of the impact all of this has on so many believers who listen to the voice of the Church and strive to follow its guidelines for their lives? Should they perhaps think that they have done everything wrong so far?”.

Cardinal Ladaria then scolds the Germans for the lack of confidence in the vision of the Magisterium the Synodal Path expresses. Indeed, it appears that any sense of the Magisterium, all proper understanding of what it is and how it functions is completely absent,

It is great to see this addressed but really concerning that the German bishops seem so far away from the mainstream of Catholic theology!

Ladaria condemns the reductionism inherent in the German process which diminishes the Magisterium to a single statement: “the fundamental dignity of women is not respected in the Catholic Church because they have no access to priestly ordination”.

When you think that the Germans should hold to the Catholic position and be fighting against the strange modernist secular position they argue for in their Synodal Path, it is quite shocking!!

Ladaria basically tells the Germans that they don't even understand Church teaching, let alone are qualified to argue against it!!!

Ladaria explains that the Magisterium is under the judgement of the Word and therefore it is through the exercise of the Magisterium that the Word comes alive through the bishops, “cum Petro and sub Petro”. This means that it is not for theologians and “experts in other sciences” to discern the Magisterium, but for the bishops in union with the pope. He is saying that secular influence is irrelevant to Church doctrine - this is brilliantly orthodox stuff!
Cardinal Ouellet's intervention is much more of an iron fist in a silk glove. It opens with emphasis on the fraternal bonds of the episcopacy “with an eye to the needs of ordinary believers”. It begins with praise for the seriousness of the bishops response to an abuse crisis which is widely considered to have contributed to a collapse in membership, however the cardinal says that the synodal way’s proposals raise “serious difficulties from an anthropological, pastoral, and ecclesiological point of view,” and it does seem here that the German bishops are attempting to use the abuse crisis to force a reversal of doctrine across a spectrum of unrelated issues.
As Cardinal Ouellet puts it:

"It is difficult to avoid the impression that the extremely serious matter of the abuse cases has been exploited to push through other ideas not directly related to it.”

Ouellet acknowledges German bishops claim that they are not seeking a break with the universal Church, this would appear to be a direct reference to comments made by the German Bishops’ Conference president, Georg Bätzing, who told journalists at a press conference on Saturday morning that there was no departure from Catholicism intended. Instead, he said, supporters of the Synodal Path wanted to remain Catholic, “but we want to be Catholic in a different way.” Gavin Ashenden gave a superb response to Bätzing's comments which you can read in full here. Gavin explains the very basic logical fallacy in Bätzing's position:

In response to this Ouellet seems to say "I know you're not doing this, but you ARE doing this!"

The way he puts it in his report is that although he knows it is not the German intention to “advocate a condensed Christian life that would be more in keeping with the “zeitgeist” than the gospel” they are, none-the-less, capitulating to the spirit of the age, making “concessions” under “very strong cultural and media pressure.” That seems to me to be saying that they are advocating a condensed Christian life more in keeping with the zeitgeist to me, what do you think??

Ouellet says: “It is striking, however, that the agenda of a limited group of theologians from a few decades ago has suddenly become the majority proposal of the German episcopate: abolition of compulsory celibacy, ordination of viri probati, access of women to the ordained ministry, moral re-evaluation of homosexuality, structural and functional limitation of hierarchical power, reflections on sexuality inspired by gender theory, major proposed changes to the Catechism of the Catholic Church, etc,”

The cardinal remarked that the Synodal Path appeared to seek the “transformation of the Church” and “not only pastoral innovations in the moral or dogmatic field,” which “hurts the communion of the Church because it sows doubt and confusion among God’s people.”

Cardinal Ouellet accused the Germans of ignoring Pope Francis’ 2019 letter to German Catholics, in which he reflected on the principles of genuine reform. He calls this a “distancing from the papal magisterium”.

He suggests that the German attitude

“reveals a problem of faith in relation to the Magisterium and a certain pervasive rationalism that adheres to decisions only when they appear personally convincing or are accepted by mainstream thinking.”

Does this ignore the existential reality that Pope Francis is the one who has been signalling all these directions, or at least giving very mixed messages?

As Gavin points out in this week's Catholic Unscripted episode, there's no escaping the very radical positions which Pope Francis has seemingly endorsed and supported. We have had bizarre synods, his tampering with the catechism, his mishandling of the scandalous and the hierarchy, his positive distortion of doctrine, his introduction of Amerindian paganism to the Vatican and we're left with a picture of a pope who has helped to normalize homosexuality and divorce, encourage Eucharistic sacrilege, fermented an already emerging schism in the German Church, instrumentalise the catechism to promote explicitly condemned opinions, sold out Chinese Catholics ousting faithful bishops from
their Sess to replace them with communist agents, institutionalised ideological language inserting LGBT into Vatican documents, undermine the highest calling of the Church - namely that of consecrated contemplatives, introducing the worship of pagan fertility gods, criticizing married couples open to life as people who breed like rabbits, inviting population control fanatics be Vatican advisors and covering up or Gravely mishandle abuses by sexual-predator clergy.

The two cardinals' reports are important because it is difficult to see how, given many of the synthesis documents from other countries contain many of the same errors, how the Vatican can take a different position to the one in these reports?

I'm not sure that, given the litany of errors from the pope himself I have listed above, this ultimately does anything more than add to the confusion of this papacy.
Bishop Bätzing Cardinal Luis Ladaria Ferrer Cardinal Ouellet German Bishops German Synodal Way ze Germanz 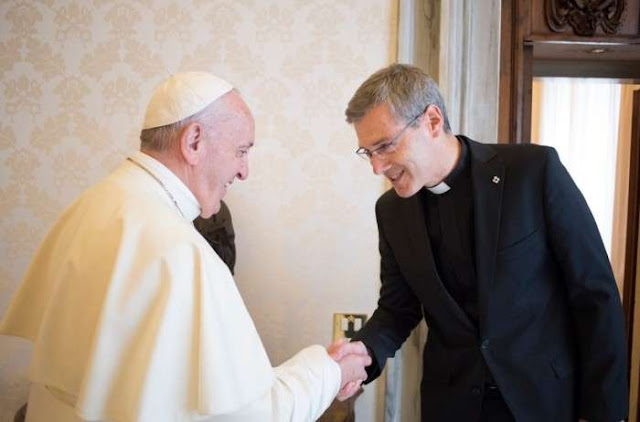